The combination of our physical and digital world is a defining characteristic of the 21st century. As the Internet and new computer advances allow us to do tens of billions of “things” that we use daily, we are noticing how technology is penetrating almost every aspect of our lives. We are beginning to see a new future through revolutionary virtual and augmented reality applications, “smart” devices, 3D printing and the Internet of Things.

Computing has become ubiquitous, transforming the way we work, learn, and have fun. 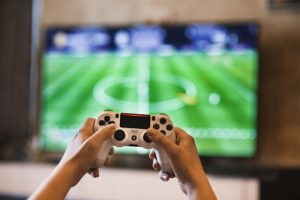 The great technological advances that we are currently experiencing are changing and opening unimaginable niches in the entertainment environment. This is the case of network games or eSports, which originate from the video game competitions of the 80s. If a few years ago it was an activity that did not enjoy great social acceptance, today it fills stadiums.

As an industry, eSports already generates revenues of almost 700 million dollars worldwide , and its reach is already very important, currently growing more than 21% each year. In the United States, eSports events typically hang the no-ticket sign, with wins amounting to multimillion-dollar prizes, while in Europe the industry is growing rapidly, and European eSports revenue is expected to reach $ 346 million. in 2018.

Major universities in the United States, including Harvard and UCLA, now offer eSports as a college sports program . Others are even beginning to award eSports scholarships for League of Legends (LoL) and Overwatch. The first Spanish online university dedicated to eSports (Playeek) has recently been created in Spain .

The Rise Of Esports 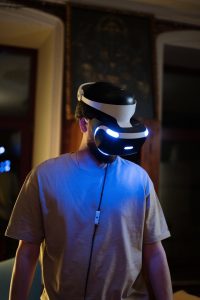 The gaming is a real sport for spectators. And it is that only Twitch has 1.7 million unique transmitters per month sharing videos or broadcasts of their live games, of which 75,000 million minutes are viewed practically daily. These data are more common than we think, and television channels dedicated exclusively to broadcasting eSports in Spain have already been created .

Both amateur and professional eSports players share a common goal, they all want to live the best high-speed immersion experiences, resulting in a true revolution for the gaming segment in the PC environment.

The global market for PC gaming hardware stood at $ 30 billion in 2016 , and the expected growth in the segment would continue with an annual growth rate of 6% through 2019.

Therefore, we hope that important technological innovations such as those related to Virtual Reality (VR) will have a transformational impact on the growth of gaming and eSports, so that the growing interest in eSports grows even more thanks to innovation in VR.

Technological advances are driving a new generation of players, teams, competitions and even new gaming environments, capable of attracting new fans, as well as large companies and large endorsement deals. As we blur the lines between the physical and digital worlds, we’ll see how eSports fans will come together to follow the biggest eSports stars across the country.

The Technological Revolution Reaches The World Of Golf

View all posts by Edith Wood →